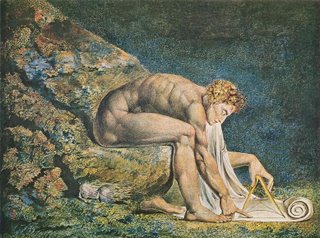 If there is one thing that gets me all excited and ranting on like a 10 year old off his mash on sunny-D and Haribo with a book on dinosaurs and a spiderman costume (other than the action of Tgf-beta signaling in mammalian branchial arch development, now *that* is sexy stuff) then it's the enlightenment. I know, I'm a cool dude.

Those enlightenment men in wigs brought us modern science and medicine. They traveled the world, collecting and describing the natural world, and in doing so laid the foundations for Darwin and his chums; crazy geniuses kick started what has become the dark arts of physical science; anatomy, physiology and pathology were studied, bringing about modern medicine and surgery; and they realised that they, human beings, had the ability to manipulate, tinker and generally arse about with the natural world in order to understand it's hidden mechanincs. But the best thing was, many of them were polymaths. It was BRILLIANT! And that is just the science. It can be argued that none of that would have been possible if it wasn't for the philosophy that defines the enlightenment. I love it. Which is why I got all excited when I was told of the e-Enlightenment Project. The Universities of Oxford, Cambridge, Edinburgh, Duke, Wales, Johns Hopkins and Delaware, as well as Norstedts, Meiner, the Virginia Historical Society, the Voltaire Foundation, and now the Oxford University Press have all got together to publish a multitude of enlightenment era writing, right here on the world wide web. God bless 'em.

As you can probably tell from the ranting here, I'm not all that educated in the philosophy and history of the time, so feel free to mock and correct me. I can always learn, and new knowledge can only be a good thing: that's surely a post enlightenment sentiment.
Posted by Ne at 10:13 am 3 comments:

Everyone loves the internet right? Of course you do. You may have moments when you hate it, but on balance, you think "that internet, 'salright really".

I do, I love the internet. I'm not obsessive about it, and I don't "live" here, as some are want, (in fact I don't "get" MySpace at all), but on balance I think it is ace. For those of us engaged in research the internet is an invaluable tool. I'm just a lowly PhD student, and so don't remember the dark days before Pubmed and the like, but quite how lit searches were done then, I have no idea.

Now, in these post-YouTube days, it was inevitable that JOVE, the Journal of Visualized Experiments, was created as:

Brilliant! So now (well, in a while, once there has been time for techniques to be submitted and uploaded), when you needs to learn a new techniques, and no one in your institute knows how to do it, you can watch a video of it, then have a go. Obviously this is no substitute for hands of tutoring in a experiment, but it is a great tool for those having a go on their own. Cool.
Here is a video on how to dissect fruit fly ovaries from Paul Schedl and Li Chin Wong of Princeton University: